PETER Creigh stood on the steps of Newcastle Courthouse on Tuesday morning and cried tears for unknown thousands of people who have been sexually abused as children.

He spoke truth to power and the most senior Catholic clergyman in the world was convicted of a crime.

“It’s a decision that I hope will unravel fully the hypocrisy and deceit of the clergy,” Mr Creigh said.

He was sexually abused as an altar boy in 1971 by child sex offender priest James Fletcher and reported the abuse to the then priest Philip Wilson in 1976. He’d been “waiting for justice for all that time”, Mr Creigh said.

“I’m a very relieved man. To have the support of my family there with me when the verdict was handed down was amazing. Overwhelming.”

A metre or so from Mr Creigh another of Fletcher’s victims, Daniel Feenan, wept as well. Outside the court he said Wilson “deserves to go to jail”. 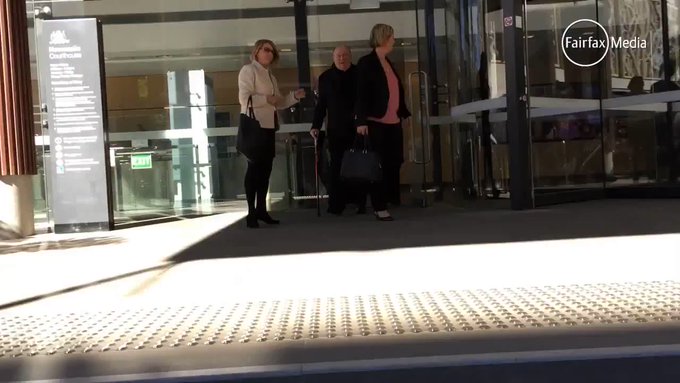 “He’s made my life hell for 41 years. I’m just glad that I could sit in court today and eyeball him. He knows what he’s done,” Mr Feenan said.

“If this bloke had done something in 1976, which was the year that I was born, my life would have been a lot different to what it is today. I am very happy with the result. I know that there’s more than likely going to be appeals, but that news today… it will go around the world and people will see, he is guilty.”

Mr Feenan’s mother, Pat, spoke from Queensland about the sadness that flowed from the guilty decision.

“It’s confirmed now that Daniel could have been saved from what happened to him if Wilson had done something. It’s just so sad,” she said.

Mrs Feenan said the guilty decision was a surprise because “I thought it was going to go his way”.

“I guess I didn’t trust myself to hope.”

If this bloke had done something in 1976, which was the year that I was born, my life would have been a lot different to what it is today.

Mr Feenan’s late father, John, a former senior Maitland-Newcastle diocese employee, said her former husband would have been outraged by the decision.

Another victim of Fletcher’s, Peter Gogarty, who played a key role in the establishment of police Strikeforce Lantle which charged Wilson, said he was stunned when he heard magistrate Stone’s words because “I think the enormity of it all hit me”.

“I got very emotional. I really didn’t think I would. It means vindication, both personally because I have personally copped it from people who supported Wilson, and because the law has actually caught up with somebody,” he said.

He predicted more people would be charged with concealing child sex crimes in institutions, and beyond the Catholic Church.

Maitland Christian Church pastor Bob Cotton said he was struck by an image in the court as magistrate Stone outlined why Wilson was convicted of a crime. 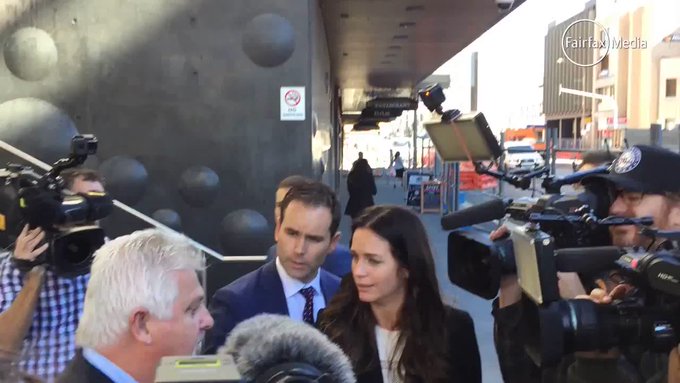 He agreed with Mr Gogarty that more people should be charged with concealing child sex crimes.

“I really hope this opens a pathway that leads to charges against a lot of other ministers who’ve known about child sex allegations and done nothing,” Mr Cotton said.

In court Detective Little was congratulated by child sex survivors, their families and members of the public who witnessed the historic decision. Detective Little said it had been “eight long years”.

Retired police chief inspector Peter Fox, who successfully prosecuted Fletcher who died in jail in 2006, and whose comments to the ABC in November, 2012 led to the NSW Special Commission of Inquiry, was thanked by well-wishers.

NSW Greens MP and justice spokesman, who played a key role in the establishment of the Royal Commission into Institutional Responses to Child Sexual Abuse, said the Wilson decision was about accountability and a measure of justice for victims.

“Wilson’s wilful failure to act on abuse in the Hunter Valley in the 1970s put children at direct risk of harm,” Mr Shoebridge said.

It was “well past the time for the Catholic Church to formally respond to the recommendations of the Royal Commission and urgently commit to delivering justice for victims”, he said.

“Thousands of survivors’ stories have given weight to the findings of the Royal Commission, and implementing all of its recommendations is a task for all institutions, including churches, charities and Parliaments.

The NSW Department of Premier and Cabinet issued a statement in response to questions from the Herald about the fourth volume of the NSW Special Commission of Inquiry report, which was not made public in 2014 when the first three volumes were published. The fourth volume is believed to contain information relating to Archbishop Wilson.

A spokesperson for the department said the fourth volume “contains sensitive documents which are not publicly available”.

The department became custodian of the completed Special Commission of Inquiry reports and material after its completion.